Do you receive a warning from your navigation device when you approach a (temporary) roadblock? It’s now possible with the Flitsmeister application.

EBO van Weel in cooperation with Vermeulen Groep and Flister created a smart connection between its traffic systems that transmits the location of a roadblock within just one minute. This location is received by approaching motorists that use Flitsmeister.

EBO van Weel collects all data through Traffic Fleet and shares this data with Flister/Flitsmeister, commissioned by the owner of the traffic system.

Vermeulen Groep, as the performing party for Incident Management of Rijkswaterstaat, is the first in the Netherlands equip its arrow warning trailer and truck mounted attenuators with Flister. Flister is able to transmit a warning to approaching motorists, who receive this warning through the Flitsmeister application.

Early Warning Data not only enhances the safety of motorists, but also of road workers, who daily work on the highways. 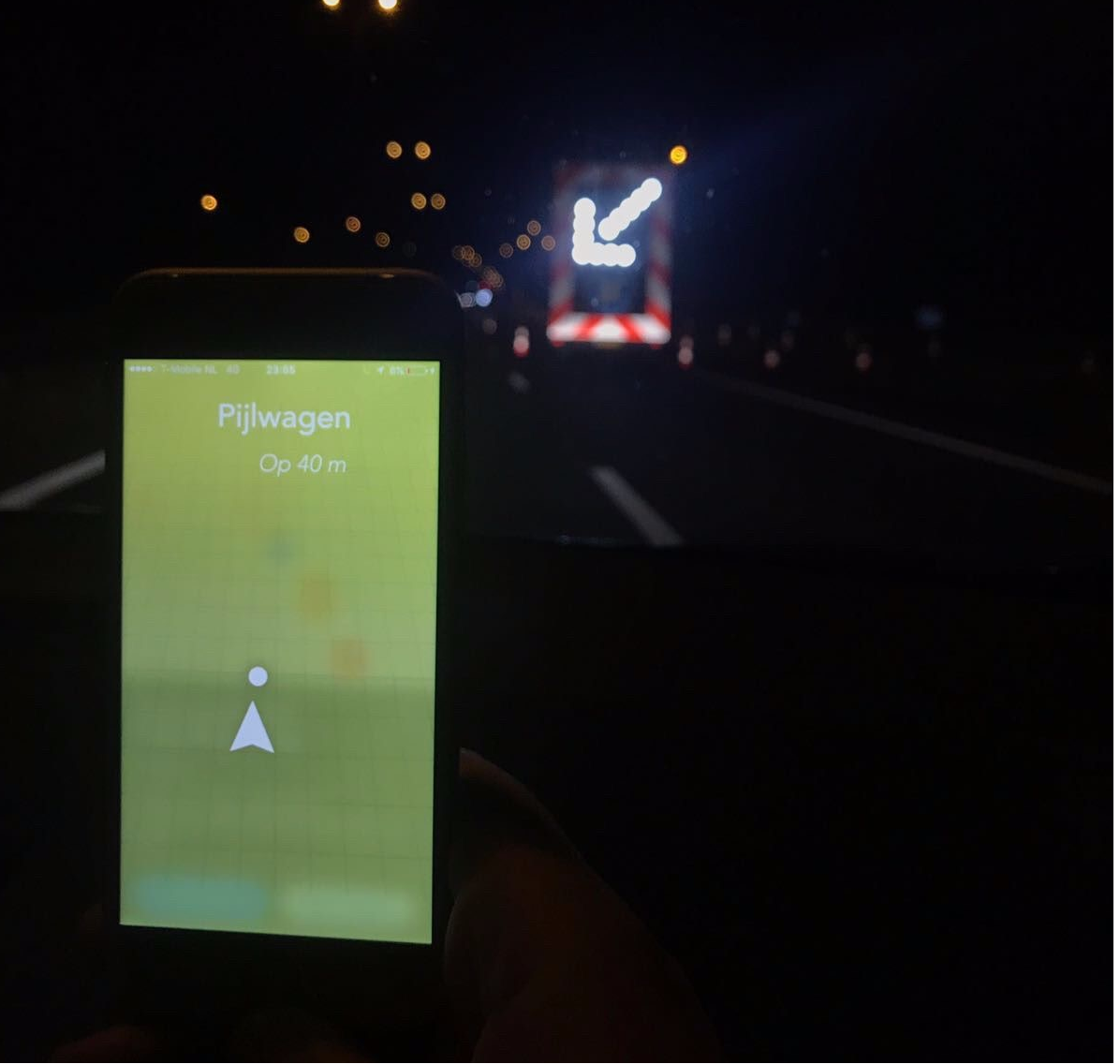 A photo of a successful practical test.

The parties that are involved in this promising development are:

Our specialist Justin Koster would be pleased to help you

Get in touch
or call Justin

I want a demo!